The Chumpe community consists of 25 families. The principal activities are agriculture and animal rearing of llamas, alpacas and sheep. They understand the connection between the Andean man and the South- American camelid.

Also important the traditional textile activity inherited from their ancestors.

As in most communities in the Sacred Valley, the first inhabitants were the “Machus”; the Inca’s denominated them “Chumpi” what was later changed into Chumpe retained until today.

The community maintains many of its ancient traditions such as festivals, where they emphasize the rituals and cults to their deities, such as the Apus, “sacred mountains”. Also, this community possesses some beautiful landscapes among others El Pachar, Mochillay and Chinchaycocha lakes that make a rich attractive for the visit.

The most relevant celebrations are the Anniversary of the Community, the 28th of August, and the feast of San Marcos, the 25th of April, the patron of Chumpe.

The community itself monitors and administers La Tierra de los Yachaqs. Each passenger supports us directly and helps us to develop projects to improve our quality of life. 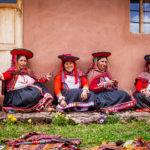 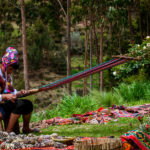 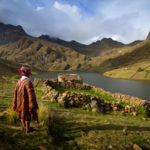 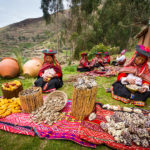 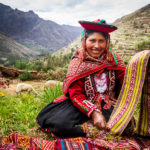 Related activities to the Chumpe community:

The Man and the Llama